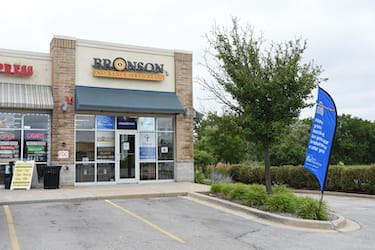 Rusty Bronson is the owner of Bronson Insurance Services, LLC, and he has dedicated his entire career to the protection of people and their property. At the age of 22, he became a Racine County Sheriff’s Deputy. After 14 years in law enforcement, Rusty became a corporate safety director for Manheim Auctions. While in this position, he also volunteered as a Raymond Township firefighter and licensed EMT.

After several years of volunteering for the town, Rusty saw a need to address the level of protection people had and decided to enter the insurance industry where he worked for a Wisconsin based insurance company (Sentry) for several years. Wanting to provide a better level of protection for his clients, he worked at an independent insurance agency before opening his own agency: Bronson Insurance Services, LLC in 2002.

Today, Rusty represents some of the best insurance companies the region has to offer. Our agency represents ERIE, The Hartford, Kemper, Progressive, Humana, Assurant, Anthem Blue Cross Blue Shield, as well as several others.

Everyone at Bronson Insurance Services will always look out for the client’s best interest, Period!

As our client, you will have a team of highly qualified professionals working for you to provide you with the best coverage for you, your family, or your business. Building a long-lasting relationship with our clients is our number one priority. 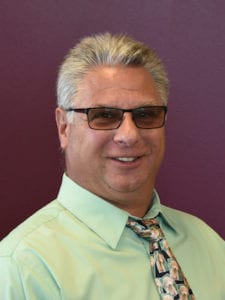 Rusty Bronson, owner of Bronson Insurance Services, LLC, has dedicated his entire professional career to the protection of people and their property. At the age of 22, he became a Racine County Sheriff’s Deputy. After 14 years in law enforcement, Rusty became a corporate safety director for Manheim Auctions in Raymond, Wisconsin. Rusty has also volunteered as a Raymond Township firefighter and licensed EMT.

After several years of volunteering, Rusty’s realized that there was a real opportunity to educate and better protect families from the perils that that may encounter. Rusty’s passion to protect and educate others was realized when he decided to enter the insurance industry. Rusty’s insurance career began in 2000 with a Wisconsin Based Company. Rusty began his own agency: Bronson Insurance Services, LLC in 2002. His commitment to educate and provide others with a better level of protection remains his mission. 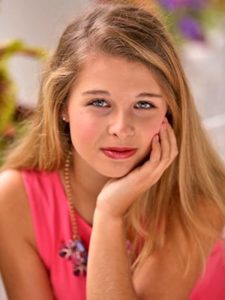 Olivia Bronson graduated from Rufus King High School at the top of her class and earned an International Baccalaureate Diploma. She is currently studying Elementary and Special Education at the University of Wisconsin-Madison. As Rusty’s daughter, she has been around the family business for almost her entire life. She remembers running around as a toddler while her dad answered customer calls, and the excitement of finally being old enough to shred papers for dad at his office! Olivia has recently tested and earned her own insurance license to be able to join her dad as an agent. Much like her father, she has chosen to dedicate her life to helping people; by going to school to become a teacher, and by earning her license for insurance to help protect people from whatever life brings their way. 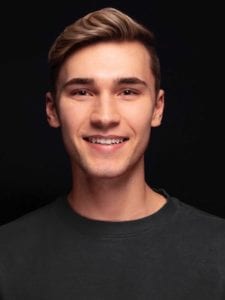 Tyler Zierk was born and raised in Kenosha, Wisconsin. He went to Bradford High School and went on to graduate from Gateway Technical College in 2019 at the top of his program in Graphic Communications. While attending Gateway, he discovered strengths in organization, attention to detail, and most importantly, a love for helping people from all walks of life. In February of 2020 he joined the Bronson Insurances Services team to further expand on that enjoyment of helping people. In June of 2020, Tyler passed the licensing tests to become a full-fledged Insurance Agent! He is excited to expand his verbal and visual communications skills by assisting the community in protecting their assets when the unpredictable happens. 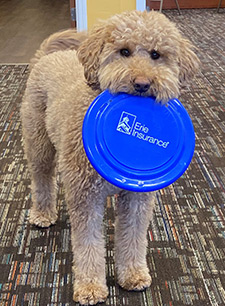 Ellie is a three-year-old Australian Labradoodle born right here in Wisconsin at the Labradoodle Corral! She is a crucial member of our staff here at Bronson Insurance. Although only a part timer, she is always ready to comfort staff and customers alike. She will offer you a ball or rope, but of course as soon as you take the rope, she will try and pull it back from you. Nothing like a little tug-of-war to show you who the real boss of the office is! Once you play with her ball or rope for a couple of minutes, she’ll think you’re her best friend and give you all the hugs, kisses, and snuggles you could ever ask for. We’ve told her this behavior may not be workplace appropriate when it comes to customers… but she doesn’t seem to care very much.

Come visit Ellie during her office hours Monday through Wednesday. 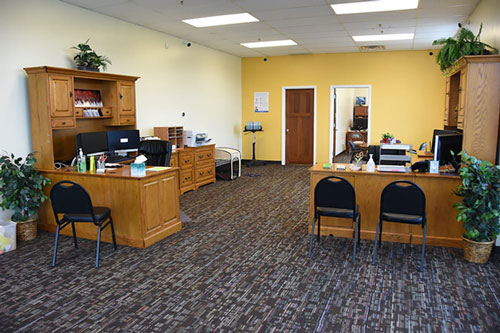 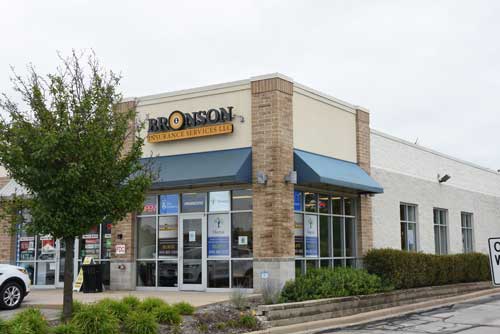 Bronson has a great team of caring agents who take the time to figure out your needs, give you the best possible advice, and find you the lowest rate. They saved me a bundle compared to what I had paid at my previous insurer and, get this, I now have BETTER coverage. They check all the boxes - what more could you want from an insurer?

Rusty was a great agent. Very helpful in answering our questions and making sure we got the best deal — he found us an insurance plan that saved us hundreds of dollars. Even when we moved out of state he gave us some tips on finding another agent. Highly recommend.

The professionalism is beyond amazing. Couldn’t be anymore happier with the services I get from Bronson Insurance. My agent is well knowledgeable on the products and help me with understanding everything and made me feel comfortable and that I’m in good hands with my insurance needs.